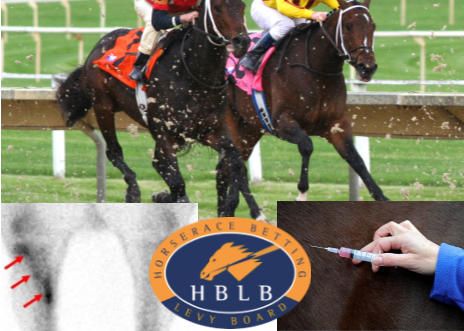 A proposed change to the levy funding structure could have major implications for the future of equine veterinary research and education. The horseracing industry is heavily dependent on a levy collected from bookmakers but in recent years there has been a decline in levy funding associated with rapid increases in online and overseas gambling that are not subject to the levy. In response the Government have announced plans to modify the levy in order to widen the source of funding and ensure the sustainability of the racing industry (worth £3.5 billion to the UK economy) but there are concerns that the way the levy is modified could dramatically reduce the funding available for veterinary research and for the provision of specialist veterinary training programs.

The Horserace Betting and Levy Board (HBLB) currently collect and administer the funds that amount to approximately £70 million per year. Whilst the majority of this funding is used for the improvement of horseracing (primarily through its allocation as prize money) the levy also provides vitally important funding for equine veterinary research and education (approx. £1.8 million per year) and also for the preservation of rare-breeds of horses (approx. £115,000 per year). Several groups including the HBLB Veterinary Advisory Committee, the British Equine Veterinary Association and the British Horseracing Association have expressed concerns that these relatively small but highly significant forms of funding may not be fully recognized during the proposed modification of the levy funding structure.

Lord Trees took the opportunity of the debate last night to speak in support of the vital role that HBLB funding has played in improving the health and welfare of horses in the UK.  A transcript of the debate is available here.

Lord Trees asked the minister representing the Government for reassurance that the level of funding for equine research and education would be maintained and that it would be administered by an independent organisation. We were disappointed that the minister did not give us the full reassurance we requested however it is likely that the Government will take the concerns raised into account particularly as the Lord Trees’ views were shared by several other Peers in the debate. We will continue to seek every opportunity to press the government on this important issue in order to ensure that the importance of maintaining the health and welfare of the horses is fully recognized by the new levy system that is expected to commence in April 2017.